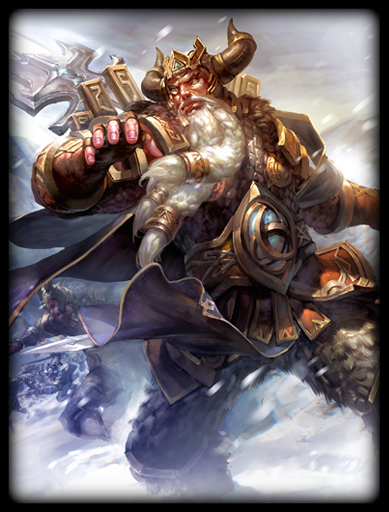 In my never ending quest to find new ways to play games and find new favorite characters I now bring to you our readers this new SMITE blog. As you saw with Ares I am trying out some of the male characters to see who my 5 favorites will be so I can have another blog with the 5 fave guys to go along with the 5 fav girls. As with the girls and the first guy Ares I have to find some good builds for them especially in the items as I want to be sure to be able to maximize the character to his/her fullest ability.

So now I have had a good several games with Ares and I quite like him so i have gone in search of other gods to see if I would enjoy them and I have run across Odin. This father of the gods is a huge hulking man carrying a giant spear who is a devastating warrior if played right. One of my favorite things to do is to use his Call Crows ability to create a shield of crows and then use the Lunge ability to jump atop the people I want to kill, this actually doubles your damage to your targets as you damage them from the lunge attack and then you also damage them from the Crow shield exploding…it’s a very nice one two punch.

To make things even better if you are hunting gods they have a spear shield you can create to trap enemies which reduces their regen to nothing while they are in there and also slows them…if you can aim it fast enough you can spear wall someone trap them with you then hit them with the crow shield lunge combo and sometimes if that isn’t enough hit them again with your spear thrust move before the spear wall comes down. He truly can be a terrifying opponent if used right. So now his powers get better when paired with items that pump up his physical power. I also like items that have some sort of passive or aura ability so I’ll be seeing if I can’t make a good item list that has both some sort of ability and some good physical power pumping action…I’ll also try and keep things as cheap as possible too!

This is just a quick cheap build..I have been doing good with Odin with this build but I think I may be tweaking it in the future to get a few more powerful thus more expensive items in here. However this has been good to me as a good quick build for a newbie at this character. It’s cheap enough that whenever I go into battle with him I have done decently well…it builds fast which gives a quick power boost in the beginning of the game.  My only problem with the build is it is a cheap fast build so others can and will outbuild you if the round goes on for too long and then you’ll end up falling behind. So I may try to come up with something a little more indepth for him. Keep a lookout for my next Odin build which will be for a bigger better end game Odin!